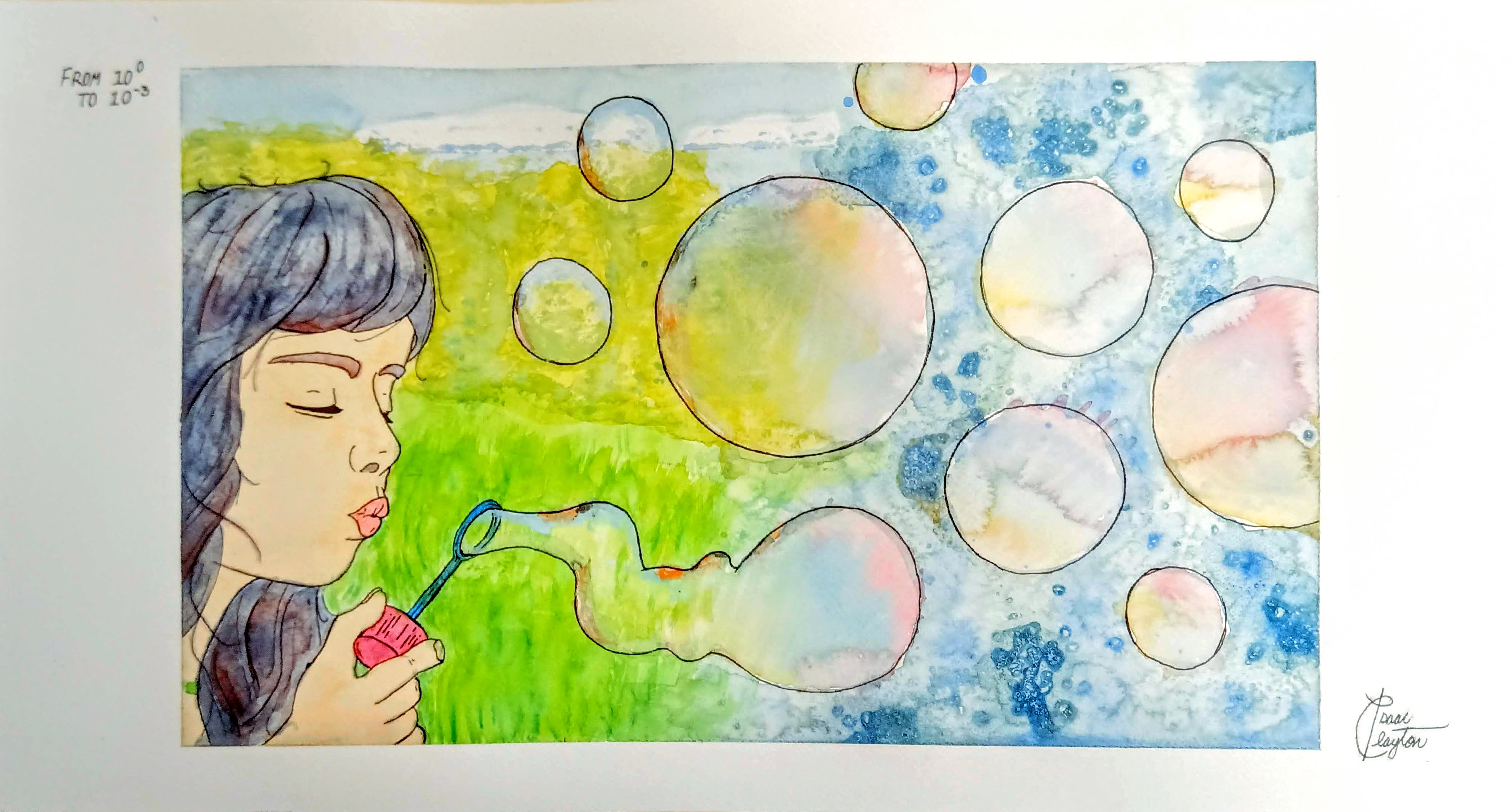 Inspired by the classic short film Powers of Ten from 1977, and the Nikon Small World Photomicrography Competition, this piece combines two imagines of vastly different scales.

On the left is an human-scale image, existing on the order of magnitude of ten to the power of zero. It’s a young girl blowing bubbles; human faces are hard to pin down, so this piece was a practice in proportions. It’s quite visible that I still have a ways to go in this area… 😅 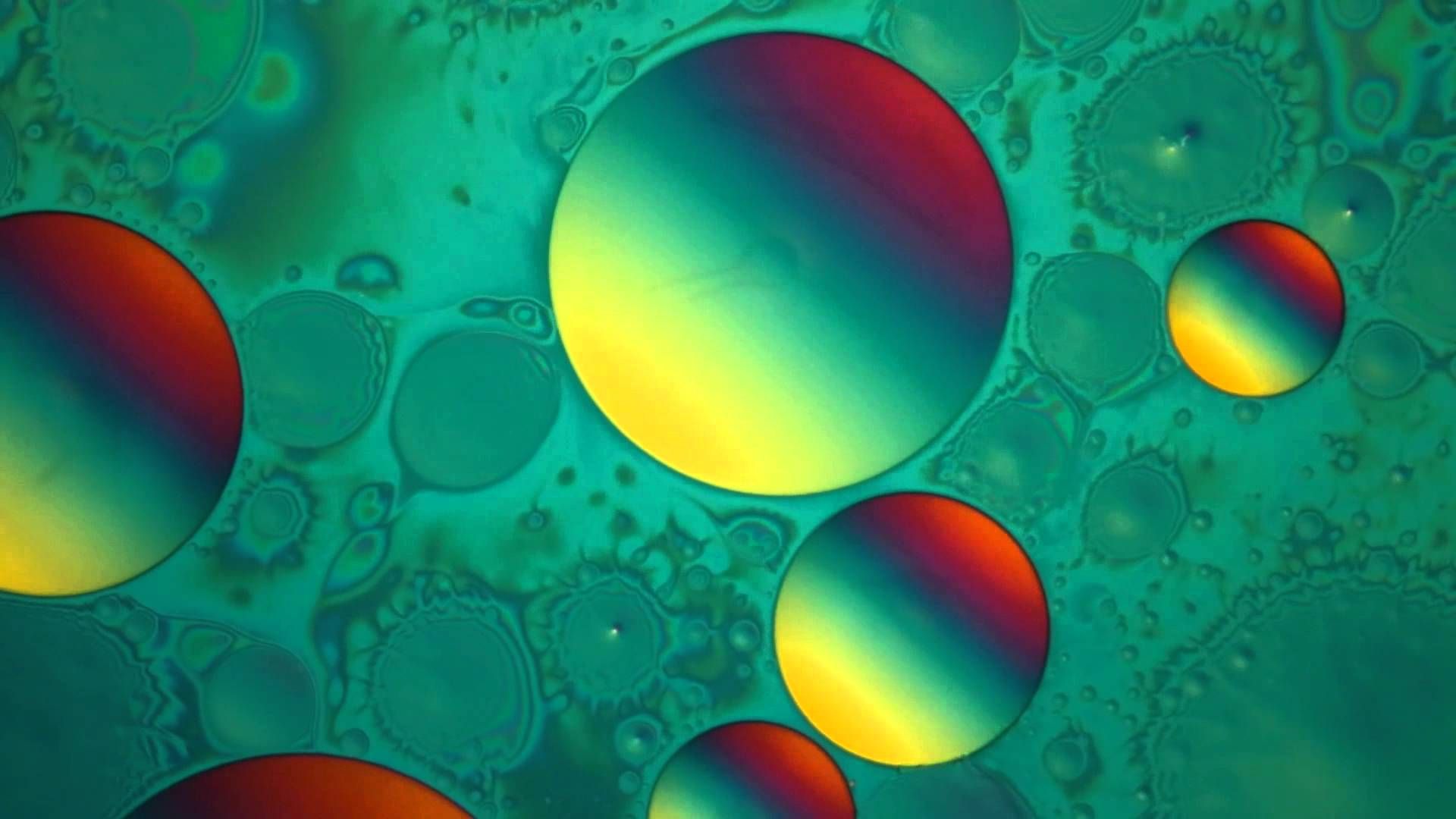 The right mimics a microscopic image, taken at ten to the power of negative three. It’s showing the reflection patterns caused as light bends through water at microscopic scales. The above image was used as a source of inspiration, and was taken by Dr. John Hart of CU Boulder.

Dr. Hart has done a lot of cool photomicrographic work; I highly recommend you check out his website, where he catalogs a lot of his work in detail.

Bridging the gap between the large and the miniscule are a series of bubbles that progressively transform into microdroplets of oil on water. This was a large and fun project to work on, and I learned a lot throughout the planning and execution of this piece. Here’s a quick behind-the-scenes of the painting process:

Oh, and for those interested, here’s the original Powers of Ten video made back in 1977: